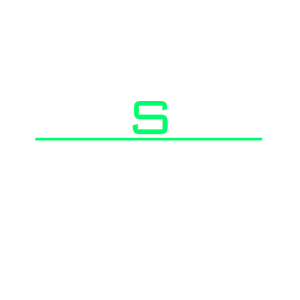 How does CO2 Blasting Work?

The Cold Jet process incorporates high velocity (supersonic) nozzles for surface preparation and coating removal applications. Since kinetic impact force is a product of the pellet mass and velocity over time, the Cold Jet delivery system achieves the greatest impact force possible from a solid CO2 pellet by propelling the pellets to the highest velocities attainable in the blasting industry.
Even at high impact velocities and direct head-on impact angles, the kinetic effect of solid CO2 pellets is minimal when compared to other media (grit, sand, PMB). This is due to the relative softness of a solid CO2, which is not as dense and hard, as other projectile media. Also, the pellet changes phase from a solid to a gas almost instantaneously upon impact, which effectively provides an almost nonexistent coefficient of restitution in the impact equation. Very little impact energy is transferred into the coating or substrate, so the Cold Jet blasting process is considered to be nonabrasive.

Instantaneous sublimation (phase change from solid to gas) of CO2 pellet upon impact absorbs maximum heat from the very thin top layer of surface coating or contaminant. Maximum heat is absorbed due to latent heat of sublimation.
The very rapid transfer of heat into the pellet from the coating top layer creates an extremely large temperature differential between successive micro-layers within the coating. This sharp thermal gradient produces localized high shear stresses between the micro-layers. The shear stresses produced are also dependent upon the coating thermal conductivity and thermal coefficient of expansion / contraction, as well as the thermal mass of the underlying substrate. The high shear produced over a very brief expanse of time causes rapid micro-crack propagation between the layers leading to contamination and/or coating final bond failure at the surface of the substrate.

The combined impact energy dissipation and extremely rapid heat transfer between the pellet and the surface cause instantaneous sublimation of the solid CO2 into gas. The gas expands to nearly 800 times the volume of the pellet in a few milliseconds in what is effectively a “Micro-explosion” at the point of impact.

The “Micro-explosion,” as the pellet changes to gas, is further enhanced for lifting thermally-fractured coating particles from the substrate. This is because of the pellet’s lack of rebound energy, which tends to distribute its mass along the surface during the impact. The CO2 gas expands outward along the surface and its resulting “explosion shock front” effectively provides an area of high pressure focused between the surface and the thermally fractured coating particles. This results in a very efficient lifting force to carry the particles away from the surface